The Mesa of Lost Women 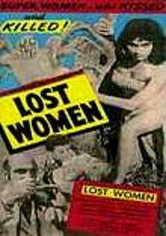 The Mesa of Lost Women

1953 NR 1h 10m DVD
After experimenting on spiders in his lab on Zarpa Mesa in Mexico, mad scientist Dr. Arana (Jackie Coogan of "The Addams Family" fame) takes his work to the next level by injecting ladies with spider venom, which transforms them into seductive superwomen. This infamous and deranged 1950s B movie spectacle, which also stars Robert Knapp as an unlucky researcher, was featured in the 2004 documentary The 50 Worst Movies Ever Made.