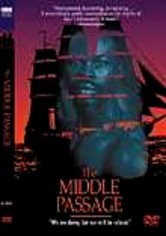 2001 NR 1h 16m DVD
After America began to gain its independence, thousands of Africans were captured and brought to the fledgling country as slaves. Ships filled with human cargo traveled across the Atlantic, and the enslaved people would then be traded for sugar, tobacco or other products. The Middle Passage, which depicts one such voyage, uses brutal imagery and voice-over narration to powerfully capture this disturbing historical period.