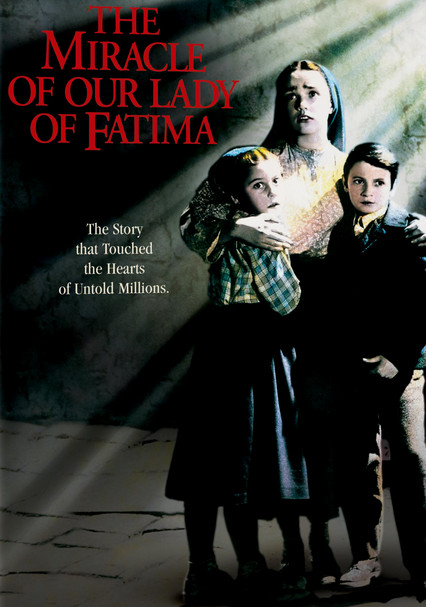 1952 NR 1h 42m DVD
Based on actual events, this compelling drama set in 1917 Fatima, Portugal, tells the story of three children (Susan Whitney, Sherry Jackson and Sammy Ogg) who have visions of the Virgin Mary. Fearing reprisals from the anti-Catholic government, adults caution the children not to reveal what they've seen. But word gets out, and soon, 70,000 pilgrims gather to witness a miracle. The film was nominated for a Best Music Score Oscar.