The Mission: Lighting the Candles 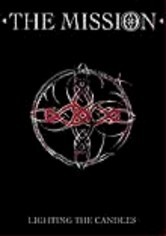 The Mission: Lighting the Candles

2004 NR 1h 58m DVD
This dynamic video combines live concert film of Goth musicians The Mission with backstage footage, original promos and interviews with the band members. Recorded in April 2004 in Cologne, Germany, the show features a passel of the group's hits, including "Evangeline," "Severina," "Like a Child Again" and "Tower of Strength." The Mission was formed in 1985, but anyone who sees this performance will know they're still going strong.