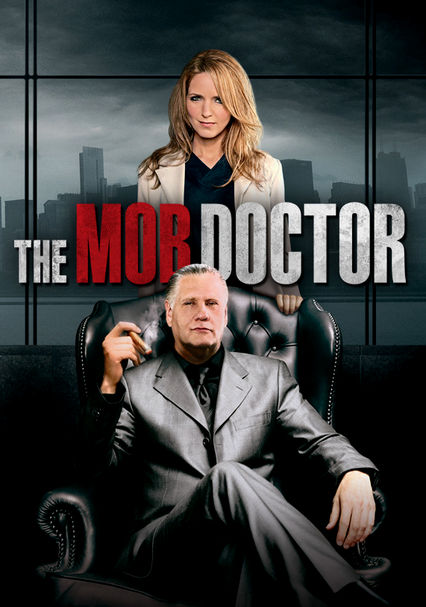 2012 NR 1 season
Feisty doctor Grace Devlin is fast becoming one of Chicago's top young thoracic surgeons, but her life is complicated by a debt she owes to mob boss Constantine Alexander, for whom she must treat injured gangsters and risk everything she holds dear.

Dr. Grace Devlin juggles two careers: one as a brilliant cardiothoracic surgeon, and the other as a doctor indebted to Chicago's Southside mob by her brother's gambling markers. Managing her dual lives proves stressful, but she's coping -- for now.

Parents need to know that Mob Doctor centers on a doctor who's straddling the line between right and wrong thanks to a difficult ethical dilemma. Violent content includes semi-graphic surgery scenes, dead bodies, and gruesome injuries with visible blood. Plots can also involve sexual themes, and characters make out on camera, although sex is only implied. Swearing is confined to low-level terms like "hell" and "damn." Characters occasionally drink alcohol, and the main character's father was an alcoholic.

Characters make out in various stages of undress, but sex is only implied. Plots can involve sexual themes (such as teen pregnancy via "outercourse").

Aside from some semi-graphic surgery scenes, imagery includes dead bodies and gruesome injuries, such as a screwdriver stuck into a man's head. People also get shot, and there's some visible blood.

The series is set in a violent world where organized crime is omnipresent, hospital politics are palpable, and people regularly get hurt -- and even die. Ethics are presented in shades of gray rather than black and white.