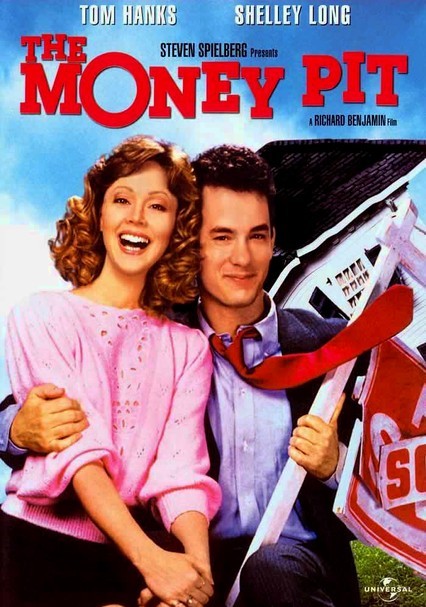 1986 PG 1h 31m DVD
An up-and-coming entertainment lawyer and his yuppie girlfriend set out to renovate their dream house, only to be plagued by her ex-husband, an unscrupulous construction firm and the house's crumbling structure.

Parents need to know that this comedy, although PG, has several mature themes and conversations. The couple played by Tom Hanks and Shelley Long fool around in bed -- with their construction crew looking on in one case. They kiss many times throughout the movie and have conversations about sex, drinking and ending their relationship. Some of the comments may go over young kids' heads, however. The humor consists of Hanks (and in a few cases Long) getting hurt in a variety of elaborate ways during their hellish home renovation. If made today, this slapstick comedy would be rated PG-13.

Several shots of Walter and Anna kissing -- often in bed, including one scene where the construction workers are all watching. There are inappropriate, jokey comments about whether Anna should sleep with a contractor or her ex-husband for the sake of the renovations. Anna wakes up next to a shirtless Max. A worker tells Anna she's almost out of birth control pills.

Hanks and Long are accidentally electrocuted, crushed, burned, and attacked by a raccoon, but it's all slapsticky violence.

Would be PG-13 by today's standards with words like "whore," "bastard," "ass," "blood-sucking," "screw," etc. Three exclamations of "God-damned."

If your romantic relationship can withstand an awful home renovation, it'll be stronger than ever.

Several people drink alcohol and smoke cigarettes. Anna drinks so much one night that in the morning she can't recall what happened. Walter accuses Anna of being a drunk.