The Monster That Challenged the World / It! The Terror from Beyond Space 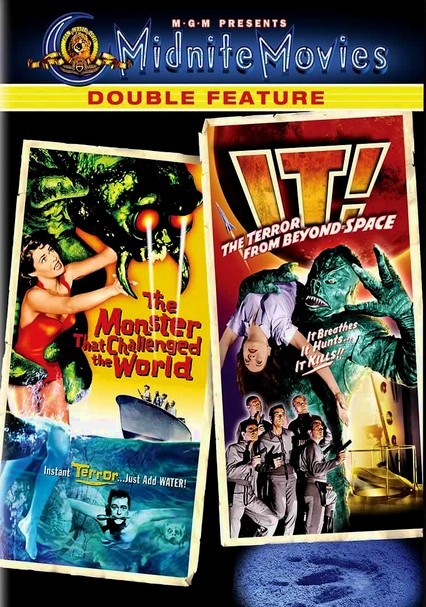 The Monster That Challenged the World / It! The Terror from Beyond Space

1957 NR 2h 33m DVD
Terror and campy acting abound in this pair of sci-fi drive-in classics. In The Monster That Challenged the World, an underwater earthquake unleashes a prehistoric monster's hideous offspring to dine on residents of California; Tim Holt and Hans Conried star. It! The Terror from Beyond Space (an inspiration for 1979's Alien) pits an astronaut (Marshall Thompson) in the "distant future" of 1973 against a scaly beast that absorbs its human prey.