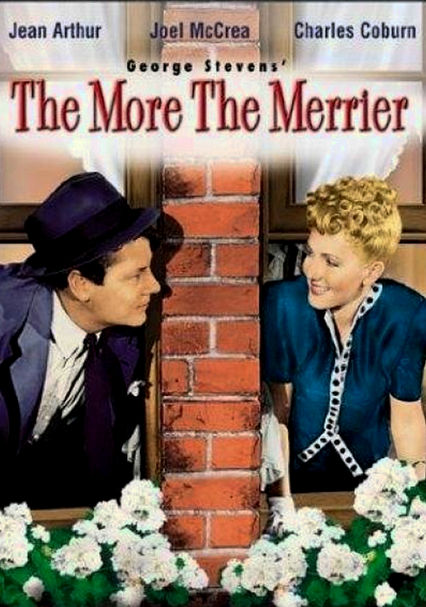 1943 NR 1h 44m DVD
During World War II, civil servant Connie Milligan (Jean Arthur) decides to turn the housing shortage in Washington, D.C., to her advantage. But when she rents out her four-room apartment to two men -- aging millionaire Benjamin (Charles Coburn) and young, handsome sergeant Joe (Joel McCrea) -- Connie gets more than she bargained for, including Benjamin taking on the role of matchmaking cupid. George Stevens directs.