The Moscow Circus: Animals Under the Big Top 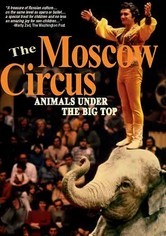 The Moscow Circus: Animals Under the Big Top

1993 NR 0h 54m DVD
From the wild-animal tamers to the monkeys' hilarious exploits on ice, viewers can enjoy the grandeur and spectacle of one the world's oldest and most storied big tops thanks to this crowd-pleasing video. Featuring more than 7,000 animals -- ranging from ferocious big cats to imperial elephants to precocious primates -- the renowned Moscow Circus has thrilled audiences with its brand of big-top extravaganzas for more than 200 years.