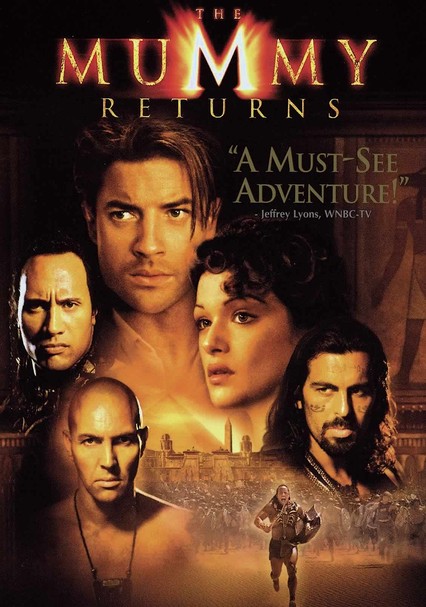 2001 PG-13 2h 10m DVD
Brendan Fraser and Rachel Weisz return as the intrepid Egyptologists in this rousing sequel. This time they unearth a prehistoric relic capable of releasing cataclysmic forces and satanic warriors led by the sinister Scorpion King (pro wrestler Dwayne Johnson, aka "The Rock"). Meanwhile, evil mummy Imhotep (Arnold Vosloo), revived by his reincarnated paramour, schemes to snatch control of the Scorpion King's power from its unsuspecting sentinels.

Parents need to know that this movie is very violent, but mostly in comic-book terms. Most of the damage is done to mummies and other non-humans. There are some scary surprises and ghoulish images. There are also very mild sexual references and some revealing costumes.