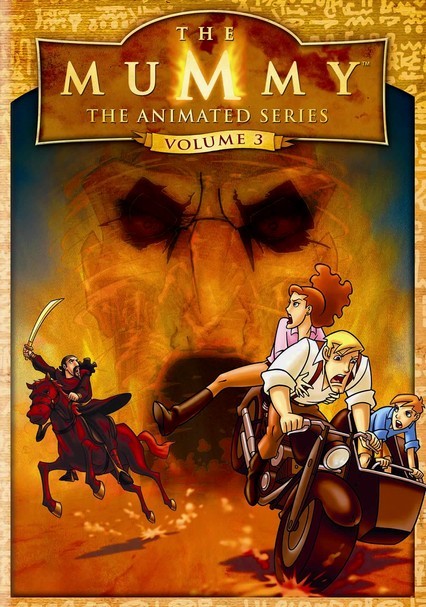 2001 NR 3h 12m DVD
In the final nine episodes of the animated series, the O'Connells trek to the Caribbean, Egypt and Thailand as young Alex (voiced by Christopher Marquette) inches closer to an epic showdown with Imhotep. Highlights include adventures in time travel; a dangerous desert bridge; and a journal telling of "the medallion of the Medjal," an artifact even more powerful than the Manacle. The series is based on the hit Mummy films starring Brendan Fraser.