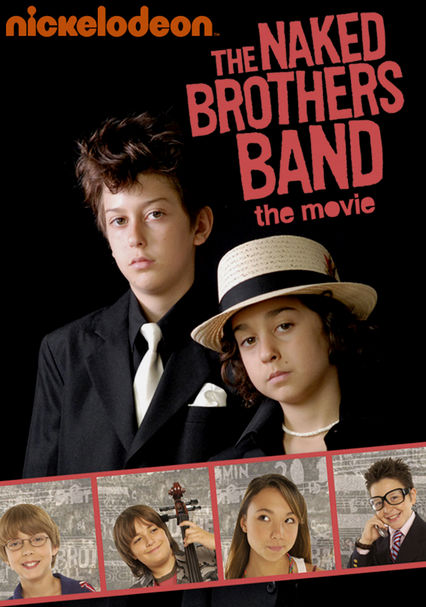 2005 NR 1h 22m DVD
Real-life siblings Nat and Alex Wolff and the rest of their bandmates wrestle with the pitfalls of success in this rockumentary for kids. As the band wins fans, the guys struggle with an addiction to soda and other youthful indiscretions.

Parents need to know that the satire in this mockumentary about the highs and lows of young stardom may be too subtle for tweens without a grasp of the tumultuous nature of the music industry (in other words, most of them). They may only see the over-glorified celebrity lifestyle. Swelling egos and creative differences cause conflict within the band, including some name-calling. The under-10 kids on screen have very little adult supervision, and conversations touch on topics like how babies are made, homosexuality, hand gestures with suggestive meaning in other cultures, and (from a 6-year-old) the strong desire to kiss lots of girls. The movie is tied to a TV series that's better suited to the target tween audience.

Some female characters dress in skimpy clothes, and the boys' adoring fans often flirt outrageously with them. One character jokingly references "boobies." One scene shows an adult couple kissing passionately.

In one scene, an argument between two adult women ends in a brief scuffle with no injuries. A few brief clips of professional wrestling include some banging around.

Frequent use of "Oh my God" and "shut up" one exclamation of "Jesus!"

Adult role models are largely absent from the film. The father of the two main characters rarely interacts with his sons, so the older boy takes responsibility for his younger brother (who acts and speaks much older than his six years would warrant). Other parents only drop in occasionally to demand more individual attention for their band-member kids. Glamorizes the life of a kid star.

Lots of references to products like Game Boy and Cheerios. Nameless soda is prevalent, so much so that one character's "addiction" to it lands him in a recovery program for "soda-holics."