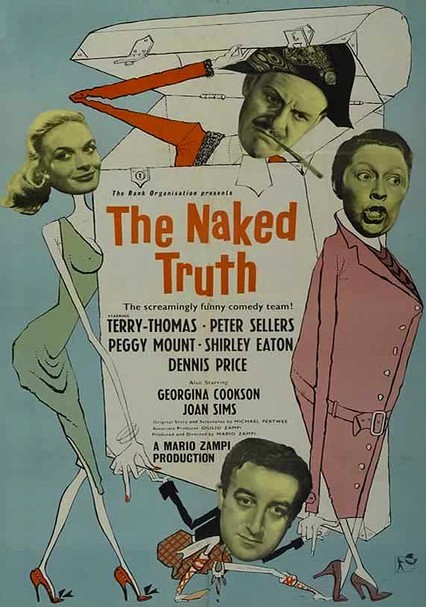 1958 NR 1h 33m DVD
For years, tabloid publisher Nigel Dennis (Dennis Price) has kept A-listers under his thumb, unearthing their dirt in a gossip rag dubbed &NFiThe Naked Truth&NFi_;. But he doesn't count on one of them fighting back. When actor Sonny MacGregor (Peter Sellers) learns he's starring in Nigel's next issue, he'll try just about anything -- including an arsenal of disguises and, ultimately, murder -- to keep his name out of print.