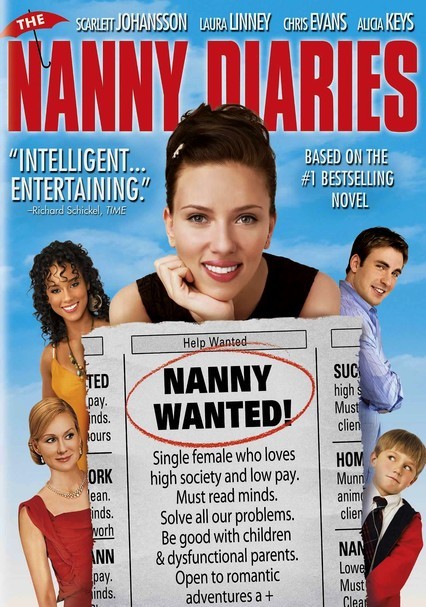 2007 PG-13 1h 44m DVD
Recent college grad Annie Braddock gets a crash course in child care when she is hired as the nanny for Grayer, the young son of an exceedingly wealthy Manhattan socialite referred to as "Mrs. X."

Parents need to know that although teens might love Scarlett Johansson, this movie is about nannies and employee/employer relations -- hardly a big topic of interest for the average 13 year old. Many parents are presented as overprivileged, immature prima donnas. The strain between the central "bad" parent (an upper-class New Yorker) and her less-upper-crust nanny leads to some sad, tense scenes featuring a young boy, as well as some frank discussion of parenting goals and strategies. The film also includes mild sexual imagery (cleavage, kissing, a couple of uncomfortable groping scenes) and drinking (mostly social, though at one point Annie deliberately gets drunk). Language includes one use of "f--k" in anger, plus "s--t," "hell," and the other usual suspects.

A little boy kicks his new nanny in the shins; some other pratfall-type moments.

Family members lie to one another, and class differences lead to tension and judgment. The Xs aren't exactly involved, emotionally connected parents.

An anonymous nanny smokes a cigarette; some social drinking of wine, champagne, and beer. In one scene Annie deliberately gets drunk (on wine).