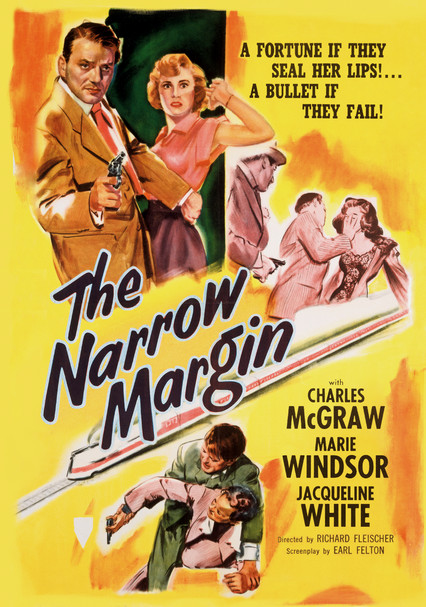 1952 NR 1h 12m DVD
Film noir staple Charles McGraw stars as hard-boiled cop Walter Brown, who's assigned to transport a mobster's moll (played to perfection by Marie Windsor) from Chicago to Los Angeles -- where she's set to testify before the grand jury. Naturally, danger turns up on the train in the form of syndicate goons sent to silence the witness; trouble is, they have no idea what she looks like. Richard Fleischer helmed this fast-paced crime thriller.