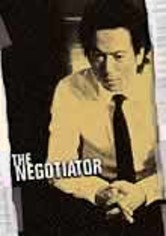 2003 NR 1h 47m DVD
Three men have a hospital's patients and staff under siege. As time runs out for the hostages, Inspector Ishida (Hiroshi Mikami) and Capt. Tohno (Mayu Tsuruta) negotiate for their release, while Lt. Ando (Shirô Sano) tries to uncover a motive. But there's more to this crisis than meets the eye. Yôji Tanaka and Masatô Ibu co-star in acclaimed director Takashi Miike's pulse-pounding adaptation of the novel by Takahisa Igarashi.