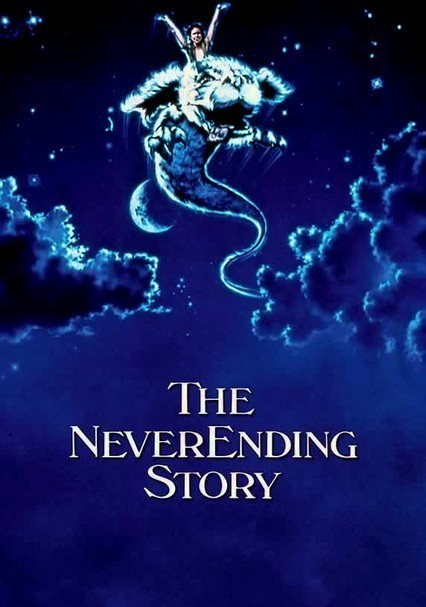 1984 PG 1h 34m Blu-ray / DVD
After Bastian is harassed by bullies, he holes up in his school's attic with a book about Fantasia, a world of dragons, racing snails and other magical creatures. He follows the harrowing journey of Atreyu, who must save the threatened land.

Parents need to know that while the overall message of this movie, which encourages children to become lovers of books, is a positive one, the scary adventures that take place in the film will scare very young children. The faceless "Nothing" sets out to destroy the land of Fantasia, and while the hero of the film has no weapons (at least until the story's end), he does engage in a bloody clash with one of the Nothing's emissaries. Other potentially upsetting incidents involve a steamrolling monster, bullies throwing a child into a Dumpster, and a beloved horse being sucked into a swamp.

Some scenes will frighten young children, including a bloody clash toward the film's end and a faceless "Nothing" that sets out to destroy the land of Fantasia. Plus a steamrolling monster, bullies throw a child into a dumpster, and a beloved horse is sucked into a swamp.

Stresses the power of a child's imagination and the importance of hope.