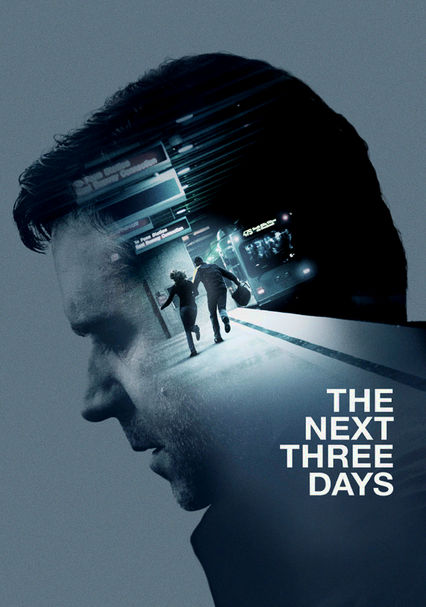 2010 PG-13 2h 13m Blu-ray / DVD
When his wife is sent to jail on murder charges she fervently denies, college professor John Brennan comes up with a meticulous plan for the ultimate prison escape -- even though he's never committed a crime in his life.

Parents need to know that this suspenseful thriller from Oscar-winning filmmaker Paul Haggis (Crash) has violent sequences with dead bodies and blood, as well as attempted suicides and shouting/arguing. When the main character's (Russell Crowe) wife is accused of murder and imprisoned for life, he decides as a last resort to break her out of jail, no matter what the consequences. His choices and actions send a mixed message to teens about respecting the law, but, on the flip side, those same decisions may prompt some interesting discussions. Expect some language (including "s--t" and one "f--k"), references to drugs and drug dealers, and some sexual situations/talk, but no actual nudity.

The married couple at the center of the film is very amorous; they have implied sex in their car (when they arrive home, their clothes and hair are askew). Talk of conjugal visits in prison. A woman flirts with the hero. A dinner discussion revolves around the power of sex in the workplace, and one woman wears a low-cut dress.

Flashbacks of a murder are shown from several different angles and with different scenarios and outcomes. A woman is bludgeoned with a fire extinguisher; there's some blood. The hero is violently beaten up outside a bar. In another sequence, he pulls a gun and becomes involved in a shoot-out and a fire in a house filled with drug dealers; he also tries to drive a wounded man to the hospital. There's a notable amount of blood in these sequences. Also a suicide attempt and a mean, biting dog. Plus lots of tension, shouting, and screaming and an intense chase sequence.

In some ways, the movie makes a statement about a broken justice system, but it also demonstrates the wrong way to go about fixing it. John essentially chooses his loved ones over the law, and he breaks the law in many different ways to restore order to his family. He must do this mostly by himself and can't trust any other characters, nor ask for help. He rarely faces the ethics involved in his choices and actions.

A character drives a Prius; it becomes a crucial part of the plot.

The hero visits a bar and tries to buy drugs from drug dealers. He doesn't take the drugs himself; rather, he's only looking for a way to buy fake passports. Later, he's in a fire in a house full of dealers.