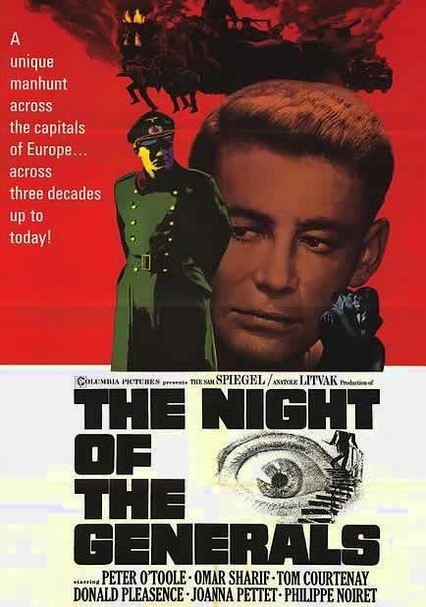 1967 PG 2h 17m DVD
It's 1942 in Warsaw, and tenacious Wehrmacht Intelligence Maj. Grau (Omar Sharif) is led to Paris as he attempts to pinpoint who of three generals is responsible for killing and then slicing up a hooker. Among the suspects is Nazi Gen. Tanz (Peter O'Toole), a known sadist. Anatole Litvak directs this grand-scale World War II film based on Hans Helmut Kirs's novel. Donald Pleasence and Charles Gray co-star.