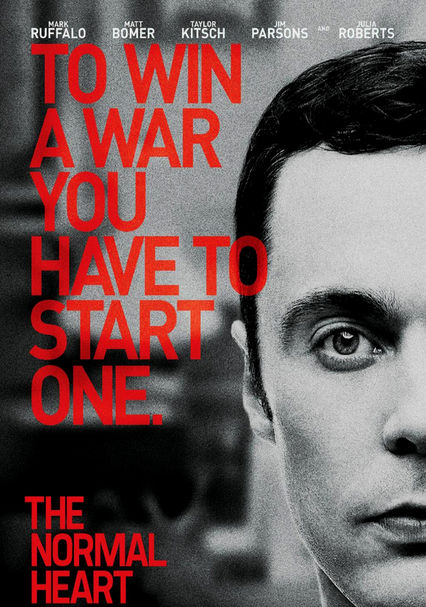 2014 TV-MA 2h 12m Blu-ray / DVD
This adaptation of Larry Kramer's riveting stage drama is a love story set against the dark background of the AIDS epidemic in the early 1980s, centering on a gay activist who tries to raise public awareness but encounters myriad obstacles.

Parents need to know that the thought-provoking The Normal Heart candidly explores the early years of the HIV/AIDS crisis with jarring scenes involving illness and death, unbleeped language (including "f--k"), and simulated sex (including full-frontal nudity and sex with multiple partners). There's also some social drinking along with depictions of recreational drug use, but those elements aren't the focus.

Sex is simulated but highly realistic, with bare buttocks and occasional frontal nudity. One scene includes a public sex act involving multiple partners, and another takes place in a bathhouse.

Characters undergo shocking physical changes over the course of their illnesses, and death is a common theme. There's some blood as well as other visible bodily fluids, but it's realistic rather than excessive.

The overall tone is far from rosy, but the piece explores thought-provoking themes such as sex versus love, promiscuity versus monogamy, bravery, honesty, and discrimination -- and characters talking openly about these issues helps drive messages home to the viewer.

Social drinking, sometimes to excess, with brief depictions of recreational drug use.