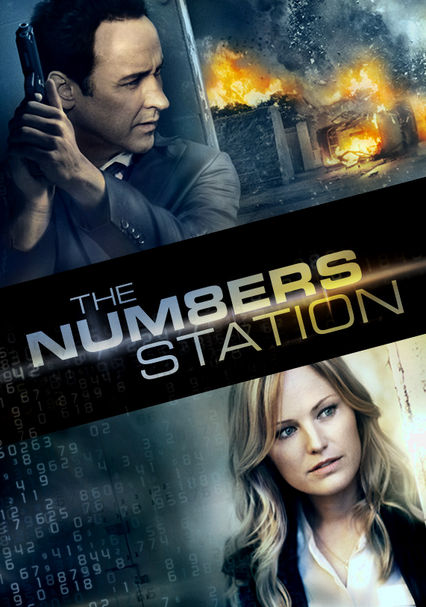 2013 R 1h 29m DVD
A disgraced black ops agent is dispatched to a remote CIA broadcast station to protect a code operator. Soon, they find themselves in a life-or-death struggle to stop a deadly plot before it's too late.

Parents need to know that The Numbers Station is a thriller in which one of the main characters is a trained killer who shoots and kills many people. But he also saves the other main character, performing emergency medical procedures on her (blood is shown). There are also some explosions, including a huge one during the film's climax. Language is fairly strong, with about a dozen uses of "f--k" and a few uses of "s--t." The two main characters have a subtle romantic tension, but there's no kissing, innuendo, or sex. A major character and a minor one both claim to have drinking problems, and both are seen drinking. On the plus side, teens may learn a little something about the "numbers stations" that were used to transmit coded information during WWII, and in the years since.

Some minor romantic tension between the two main characters; by the end, it appears that they're going to be a couple, but there's no kissing, innuendo, or sex of any kind. In an early scene, a man touches a woman's back, indicating that they're a couple.

The main character is a trained killer, and he shoots and kills several men over the course of the film. Bad guys shoot back at him and blow up a car. In a fantasy sequence, the main character envisions killing the heroine of the movie. In real life, he fixes her wounds, pulls a hunk of shrapnel from her leg, and stitches her leg up. Blood is shown. There's a huge explosion at the climax.

Language is fairly infrequent but includes about a dozen uses of "f--k" and a couple of uses of "s--t." "Bastard," "ass," "Jesus Christ" (as an exclamation) and "oh my God" are also used.

The cynical main character eventually learns to give up on his beliefs and training in order to open himself up to another person. Also, audiences can learn a little about "numbers stations" and the way they broadcasted coded transmissions during WWII (and, apparently still do).

The main character claims that he "was a drunk" but that he gave up drinking. Nonetheless, he's seen drinking alone in a hotel room early in the film. A minor character also claims that he hasn't had a drink in three years but drinks a shot of scotch.