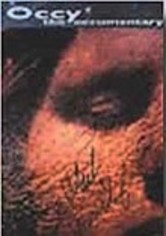 1998 NR 1h 15m DVD
The life and times of champion surfer Mark "Occy" Occhilupo, from his wave-riding Australian boyhood to his spectacular comeback at Bells Beach, are celebrated here in this entertaining documentary by prolific surf auteur Jack McCoy. The original film is joined by tons of bonus footage, including a blow-by-blow account of Occy's super year in 1999. The soundtrack features Foo Fighters, Ed Kuepper, Michael Brook and more.