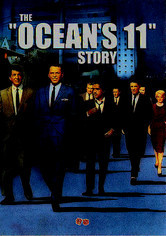 2002 NR 1h 30m DVD
Vintage newsreels and interviews help re-create the magic of "The Summit," a memorable period in 1960 in which Frank Sinatra and his Rat Pack took over Las Vegas' Sands Hotel during filming of the original Ocean's 11. Highlights include clips from the Rat Pack's nightly performances in the hotel's legendary Copa Room, where they entertained everyone from mafiosos to soon-to-be-president John F. Kennedy.