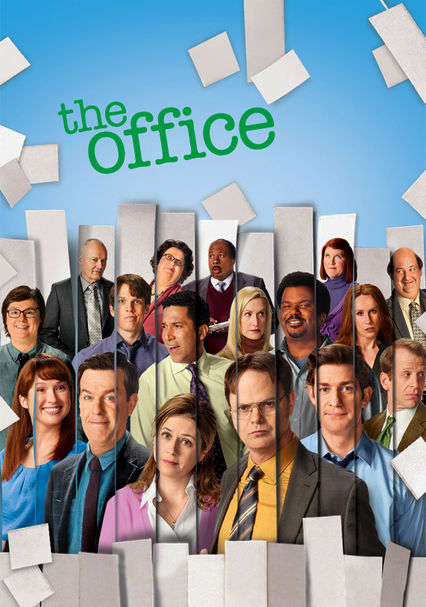 The Dunder Mifflin crew is subjected to a sexual harassment workshop, a disastrous Christmas party and another round of "the Dundies." Michael lets the cat out of the bag about Jim's crush on Pam and finds a nasty surprise on the rug in his office.

Season 3 finds Jim and Pam wading through the aftermath of their Casino Night kiss and Michael accidentally outing Oscar to the office. Dwight hazes Ryan with a trip to Schrute Farm, and Kelly invites the staff to a Diwali celebration.

Jim and Pam finally get together but try to keep the news under wraps. Dwight, Angela and Andy form a tortured love triangle. And Michael and Jan's relationship hits the skids after a disastrous dinner party.

In the fifth season of this Emmy-winning sitcom based on a British series of the same name, control freak Dwight attempts to pull off another power play; Jim and Pam wrestle with their relationship; and Michael tries to keep the team productive.

The Dunder Mifflin crew plods through another fiscally irresponsible year under the dubious leadership of misguided middle manager Michael Scott, a man who thinks he's the world's best boss but acts like a total buffoon.

Michael gets ready to move on from Dunder Mifflin, while newlyweds Jim and Pam adjust to life as parents in the seventh season of NBC's popular mockumentary-comedy series. Meanwhile, Andy finds it hard to accept that Erin is now dating Gabe.

The white-collar follies of Dunder Mifflin's Scranton office carry on in this hit docu-comedy -- even in the wake of honcho Michael Scott's departure, as the staff doesn't let a little thing like the boss's exit disrupt their feuding and hijinks.

The employees at the Scranton, Pa., branch of Dunder Mifflin Paper Company continue to deal with warring egos, office pranks, boredom and inappropriate behavior in the ninth season of the wildly popular comedy series.

Parents need to know that this adult-oriented office comedy paints a pretty bleak picture of corporate culture, mining most of its laughs from management faux pas. There's some sexual humor, including interoffice affairs, as well as some low-level violence that's played for laughs. In addition, some characters make racist and sexist remarks, and two secondary characters have problems with drugs and alcohol, also played for laughs.

Frequent jokes about sex and some sexual innuendo, but nothing overt, with occasional (but comical) blurred nudity. Some co-workers are involved in on-again, off-again physical relationships and/or interoffice affairs.

Some semi-violent incidents are played for comedy, such as an employee getting injured on the job and having to be hospitalized, etc.

Inappropriate comments about race and gender that are either ignored or met with disbelief. Occasional use of words like "bitch," "ass," "hell," etc.

For the most part, corporate culture is portrayed as dysfunctional and grossly inefficient ¿ and there isn't a whole lot of "working" going on. There's also an overarching message that you can be completely incompetent and still keep your job, as long as you're loyal to the company.

Some product placement -- notably by Staples. One episode took place at Hooters, another at Chili's, etc.

One character has an ongoing problem with alcohol (played for laughs), occasionally getting drunk at office functions where alcohol is served. Another has a history of drug use and still uses marijuana, etc.