The Official Review of the 2008 FIA Formula One Championship 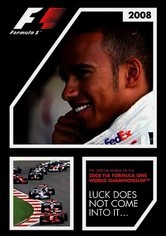 The Official Review of the 2008 FIA Formula One Championship

2008 NR 2 discs
Relive every full-throttle minute of the 2008 Formula One season with this recap of Grand Prix races worldwide. The action includes qualifying heats from Spain to Brazil to Singapore, which played host to the first night race in Formula One history. Previously unaired footage of Fernando Alonso, Lewis Hamilton, Felipe Massa and other champions takes viewers behind the wheel for the ultimate souvenir album of the hottest racing on the planet.