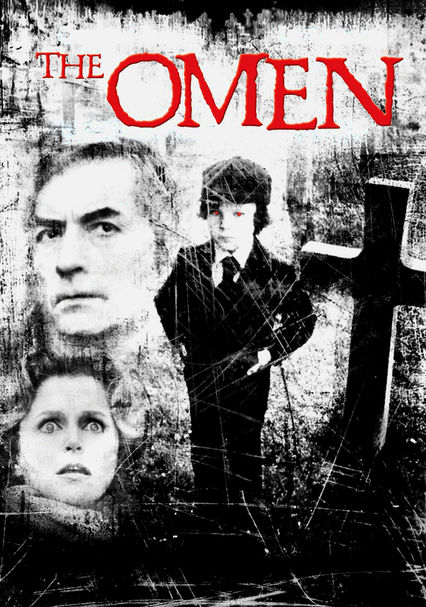 1976 R 1h 51m DVD
Robert (Gregory Peck) and Katherine (Lee Remick) Thorn raise a boy, Damien (Harvey Stephens), in place of their stillborn infant, and all is well until it is foretold that Damien is the spawn of the devil. Soon, Robert is pitted against the forces of Hell and must make a fateful decision. Richard Donner directs; Billie Whitelaw, David Warner, Patrick Troughton and Martin Benson co-star in this classic scary tale.

Parents need to know that this is a classic horror feature, with a child complicit in his (adoptive) mother's own death and evil triumphant in the end (with the qualifier that it was conceived as just the first in a series of films, so it's just the opening installment, not the whole story). It casts a small boy in an especially negative light as the literal antichrist, for whom the only fair treatment, according to this, is a ritual execution by knife. The gory deaths and injuries, including decapitation and impalements, were considered shockingly explicit in their day.

Deaths are grotesque and explicit, with a man skewered (the corpse left standing upright) by a falling lightning rod, a woman committing suicide by hanging in public, another fatally falling, and an especially notorious decapitation. There is a violent, ultimately fatal beat-down between a man and a woman, and a man is shot trying to kill a child.

The forces of evil here are portrayed as much stronger and better-organized than those who represent good, who seem mostly clueless or marginalized as fanatics. Ambassador Thorn and his wife are decent people and caring parents -- not that this counts for much in the end. It's poignant that Thorn doesn't just fall for the first allegations that Damien is demonic, but puts off the truth as long as he can.