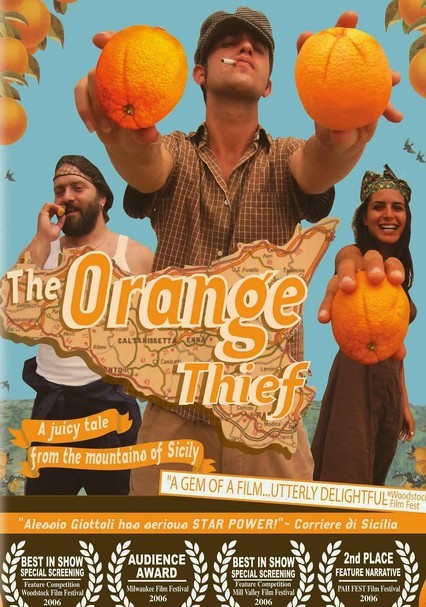 2007 UR 1h 24m DVD
When an orphan forced to steal fruit from an orchard in order to survive is caught and thrown into a Sicilian prison, his hardened cell mate decides to help him go straight by making him an offer he can't refuse. Once released, the young man must record the convict's reluctant girlfriend performing folk songs. Andrea Calabrese stars in this comedic pastiche from three directors (each filmed one-third of the movie independently from the others).