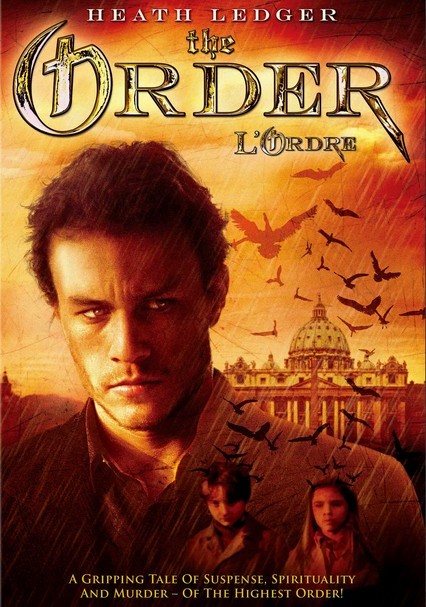 2003 R 1h 45m DVD
When an ex-priest is brutally murdered, his body inscribed with Aramaic religious symbols, detectives enlist the help of Father Alex Bernier (Heath Ledger), a rebel priest, to decipher the meaning of the symbols and solve the crime. The main suspect is the Sin Eater, an ancient figure who claims to have the power to absolve the sins of the unforgivable -- but only through death. Shannyn Sossamon and Mark Addy co-star.

Parents need to know that this movie has a lot of peril and violence, some very graphic, including suicide and murder. There is brief strong language. There is a moderately explicit sexual situation with some nudity. Some audience members will be offended by the portrayal of the Catholic church and the behavior of the priests and a cardinal. Some may also be offended by the idea of the sin eaters, believing that sins should only be expiated through sincere atonement and not through some spiritual "get out of jail free" card.

Smoking and some drinking.