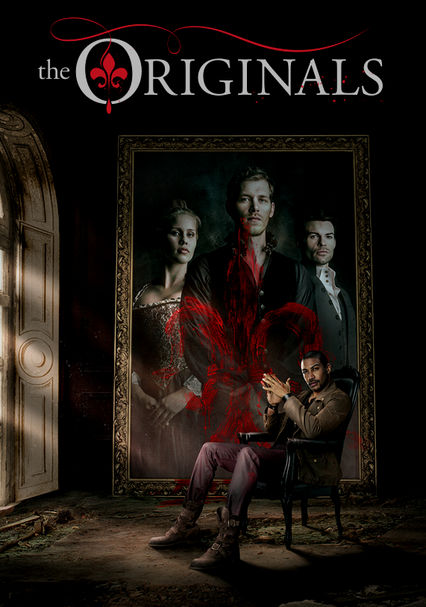 2013 TV-14 3 seasons
This supernatural series focuses on the Mikaelson siblings -- Klaus, Elijah and Rebekah -- the original vampire family from "The Vampire Diaries." Returning to New Orleans, they form an alliance with local witches to try to rule the city once again.

In this spin-off from the wildly popular "Vampire Diaries," Hayley is pregnant with Klaus Mikaelson's child. Meanwhile, Klaus plans to take back New Orleans by overpowering his protege, Marcel, and becoming the new king of the city.

As the bitter struggle for vampiric control of New Orleans continues, Klaus hatches a plan to get revenge on the werewolves, who now rule the roost. Meanwhile, Hayley plunges into a downward spiral after saying farewell to her daughter.

As the rift between vampire brothers Elijah and Klaus grows ever wider, Marcel and Davina rule New Orleans -- but under a different status quo. Meanwhile, Vincent and Cami get embroiled in a mystery involving the city's newest resident.

Parents need to know that The Originals follows a diverse group of vampires, werewolves, and witches living in modern-day New Orleans, adding a whole new dimension to the term "night life." Violent scenes can be sudden and bloody, and though sexual content isn't constant, you'll still see some steamy kissing and seduction and trace a major plot point stemming from a one-night stand. There's social drinking, too, although language is mostly mild ("damn" and "hell," for example).

Violent scenes can be pretty shocking, with throat-slitting, heart-ripping, and the obvious neck-biting. Blood flows freely.

There's at least a sense that people from diverse worlds can come together to fight against something that's worth standing up to. That said, male characters seem to have most of the power.

Social drinking, both in bars and at parties.