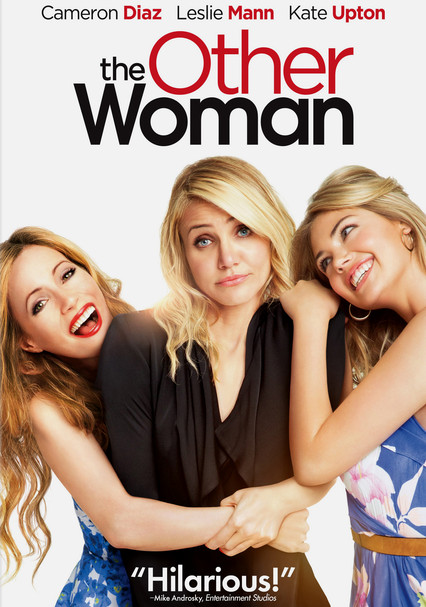 2014 PG-13 1h 49m Blu-ray / DVD
When she finds out that her boyfriend is married and that she's his mistress, a woman teams up with the jerk's wife to get revenge. Nicki Minaj makes her live-action debut in this comedy about getting the upper hand in a relationship.

Parents need to know that this sometimes very funny buddy comedy was originally rated R, but the MPAA lowered the rating to PG-13 after an appeal. Still, there's no shortage of iffy-for-younger-viewers material, starting with the premise: Three women (played by Cameron Diaz, Leslie Mann, and Kate Upton) form an offbeat friendship when they all realize they've been seeing the same man (one is actually married to him). Despite a plot revolving around cheating/infidelity, the messages that come through the strongest are the ones related to the women's friendship (which based on mutual respect) and mission (righting a wrong). Expect lots of innuendo/frank talk about sex (though no nudity) and relationships, kissing, scantily clad women and men, a little blood (a character walks into a glass door), swearing (mostly "s--t" and "a--hole"), some toilet humor (poop, vomit), and frequent social drinking, sometimes to excess.

Lots of innuendo. Frank talk about waxing private parts and the frequency with which a couple has sex. Passionate kissing and groping. A man walks around in a towel. A bikini-clad woman's body is frequently shown in close-up (lingering on breasts and bottom), with characters discussing her appeal.

A woman wreaks havoc on a room with a golf club. A man walks into a glass window, breaking his nose (the scene turns bloody fast), then proceeds to run through and shatter a glass cubicle wall. He then gets punched in the face. A woman tackles another.

Three women thrown together by unusual circumstances -- they were all seeing the same man (and one's married to him) -- manage to direct their anger at the actual perpetrator, the philanderer, rather than at each other. Instead of competing for his attentions, they empower each other and form a deep, hilarious friendship. Lots of toilet humor (diarrhea, dog poop, vomit).

Lots of social drinking by adults (wine, shots of hard liquor), sometimes to the point of inebriation. It seems like someone almost always has a drink in hand. One character says she wants to smoke but isn't shown doing so.