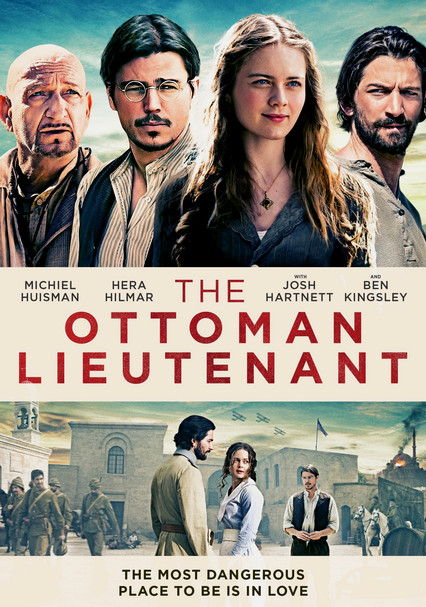 2017 R 1h 50m Blu-ray / DVD
On the brink of the First World War, The Ottoman Lieutenant tells the story of a strong-willed American woman (Hera Hilmar) who, frustrated by ongoing injustices at home, follows an American doctor (Josh Hartnett) to a medical mission in the exotic Ottoman Empire. However, her loyalty to both the doctor and the mission's founder (Ben Kingsley) is soon tested when she falls in love with Ismail (Michiel Huisman), a lieutenant in the Ottoman Imperial Army. With the invading army forces at their doorstep and the world about to plunge into war, she soon realizes that the most dangerous place to be during war, is in love.