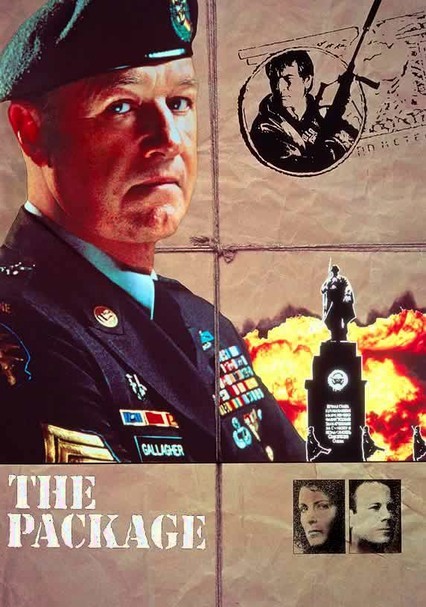 1989 R 1h 48m DVD
Set during the Cold War, this political thriller stars Gene Hackman as Johnny Gallagher, an Army officer who's tasked with transporting political prisoner Thomas Boyette (Tommy Lee Jones) from Germany to the United States -- and loses his mark in the airport bathroom. When Gallagher learns that Boyette is part of a complex scheme to assassinate the Soviet premier and sabotage arms-control talks, he tries everything to recover the lost "package."