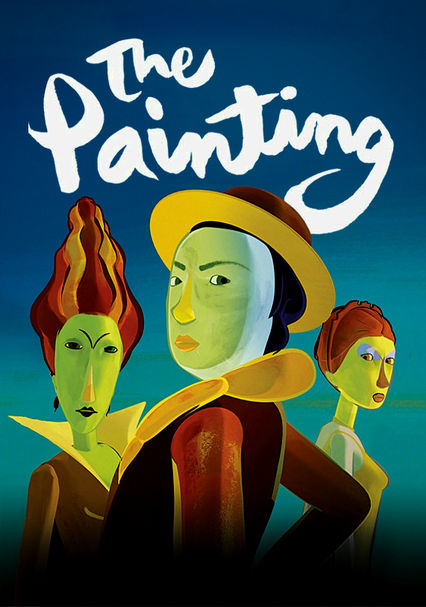 2011 NR 1h 18m DVD
In a world contained in a painting, three races exist: the beautifully colored Alldunns, the incomplete Halfies and the only-outlined Sketchies. Yearning for completion, three friends go on a quest to find the artist so he can finish the painting.

Parents need to know that The Painting is a French animated adventure dubbed into English. Following the three classes of people depicted in an unfinished painting -- the completely colored "Alldunns," the somewhat done "Halfies," and the charcoal "Sketchies" -- the movie deals with mature themes like discrimination, tyranny, and forbidden love. A young couple kisses and embraces a few times, and the Alldunns treat both the Sketchies and the Halfies inhumanely -- forcing them to their bidding and even stomping/killing Sketchies. The movie should spark some questions about prejudice and how to overcome it.

Two characters in love kiss and embrace a few times. In one scene, there's an abstract nude painting that talks. The Alldunn characters dance at a party.

Alldunns stomp on a Sketchie until he seems dead. The Alldunn leader has groups of Sketchies and then Halfies rounded up and forced to work as slave labor. The Alldunn security forces storm Sketchie and Halfie living quarters and force everyone out.

The movie reinforces the idea that you shouldn't discriminate against others; that it doesn't matter how you look but who you are -- and that superficial differences shouldn't divide people. The way the Alldunns treat the Halfies, and particularly the Sketchies, shows how easy it is for everyone in a class of people to dehumanize another class of people.

Alldunns drink at a party.