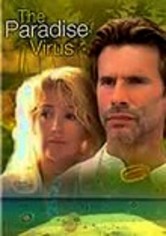 2003 NR 1h 28m DVD
A Caribbean vacation is ruined for scientist Linda Fleming (Melody Thomas Scott of daytime TV's "The Young and the Restless") when a mysterious and deadly virus pops up among the locals and infects her son (Gregory Wooddell). Lorenzo Lamas co-stars in this decidedly unromantic made-for-television disaster flick, which originally aired on Valentine's Day.