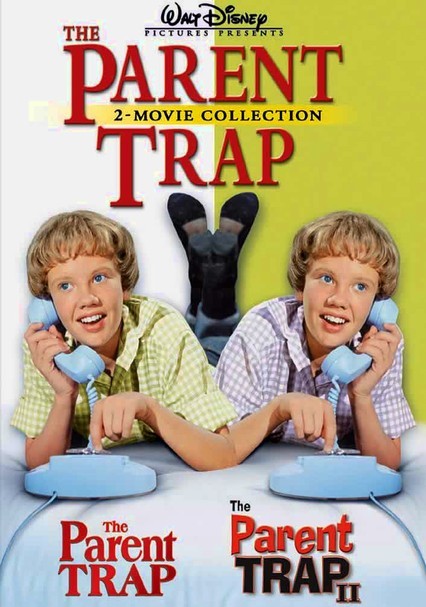 1961 G 3h 30m DVD
Hayley Mills takes on four starring roles in this double feature about mistaken identity. In The Parent Trap, a teenage Mills plays identical twins separated at birth trying to reunite their parents. She reprises the roles in The Parent Trap II. Released 25 years later, the sequel follows one sister's attempt to help her divorced sibling find love by impersonating her on a date with an attractive widower (Tom Skerritt).