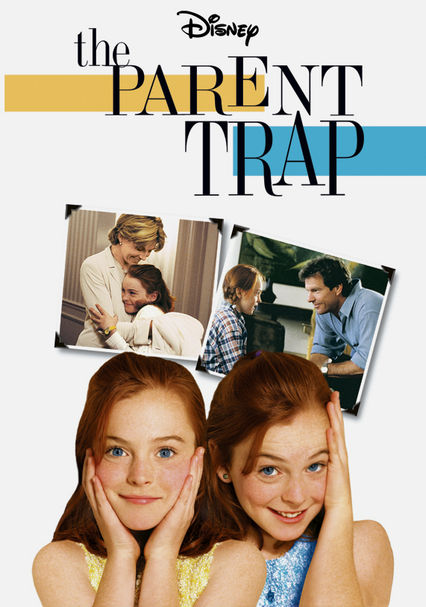 1998 PG 2h 8m DVD
When Hallie Parker and Annie James meet at summer camp, they think they have nothing in common -- only to discover that they're identical twins. Soon, they're up to their freckles in a scheme to switch places and get their parents back together.

Parents need to know that even though it's funny and has a warm heart and happy ending, this Disney remake is about divorce and reconciliation and could require some explanation and reassurance. It's a complicated, unlikely story spun as a fanciful tale: The parents have lied to their kids, neither twin is aware of the other's existence, and each has been kept from one parent for eleven years. Deceit plays an important part in the movie's plot (albeit all in the name of family togetherness). Wine is consumed in several scenes, and the twins' mother gets slightly drunk before she faces her ex-husband. An ear-piercing scene results in an "ewww" moment, and a poker game results in a girl's embarrassing naked dive into a lake (a very wide shot).

Some warm kisses and embraces between adults. After losing a bet at camp, a girl has to jump into a lake, naked, at night. The sequence is shot from a distance, and there's no actual nudity on screen.

A girl screams as her twin sister pierces her ears with a needle. In one comic sequence, a woman falls into a lake, then reacts to a small lizard on her head and in her mouth. A few scenes with somewhat mean-spirited teasing among young campers.

The movie's positive messages include that true love conquers all and that good intentions trump questionable behavior. That said, dishonesty doesn't have many negative consequences in this film. The girls reach their goal by lying and manipulating ... as well as being adorable.

One of the main characters owns a vineyard; many scenes include drinking wine -- at meals and to mark a special event. At one dinner, an 11-year-old girl is given a small sip of wine and is asked for her opinion of its quality. The girls' mother, anxious about an upcoming event, drinks too much and gets tipsy while preparing for an uncomfortable meeting.