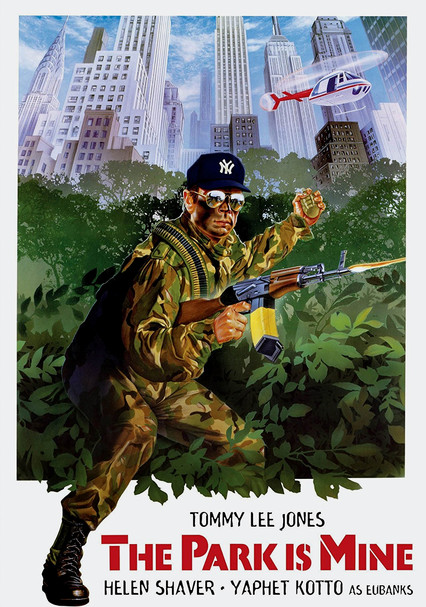 1986 NR 1h 42m DVD
He was the one veteran, they couldn't ignore! Screen icon Tommy Lee Jones (Blown Away) stars in this explosive thriller about a Vietnam vet's drastic steps to make his country sit up and take notice. The war in Asia is over, but one disillusioned, disappointed ex-soldier decides to declare his own war bringing attention to the unfair and unjust treatment of Vietnam veterans in America. An expert in jungle warfare and guerilla tactics, the ex-soldier uses his lethal knowledge to "take" New York City's Central Park.