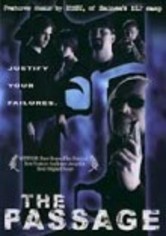 2003 NR 1h 21m DVD
After his bride-to-be is gunned down during a robbery, petty criminal Andrew Hill (Greg Dow) vows to reform himself. But when underworld boss Guy Delmorte (Robert Emmett Young) offers him a chance at revenge in exchange for his participation in one last heist, Andrew reneges on his promise. As he's drawn into the plot, the small-time crook realizes that to avenge his fiancée's death, he must confront not only the killer, but his own conscience.