The Passion of Joshua the Jew 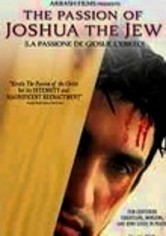 The Passion of Joshua the Jew

2005 NR 1h 50m DVD
Born in Spain in 1492 at the time all Jews and Muslims were ordered out of the country, Joshua (Leonardo Cesare Abude) is declared the next messiah by an elder. Eventually settling in Italy with his family, Joshua grows into a man and becomes fascinated with Catholicism, much to the dismay of local religious leaders. Pasquale Scimeca's religious drama exploring the nature of prejudice and intolerance also stars Anna Bonaiuto and Toni Bertorelli.