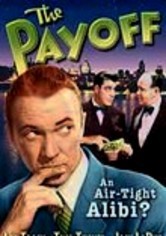 1942 NR 1h 14m DVD
Investigating the mysterious murder of a district attorney, journalist Brad McKay (Lee Tracy) believes he's solved the case -- until his suspect turns up dead. Helped by cub reporter Guy Norris (Tom Brown), McKay keeps poking into the crime when it dawns on him that he's stumbled on a government conspiracy. Directed by Arthur Dreifuss, this vintage mystery allows Tracy to reprise his trademark fast-talking reporter persona.