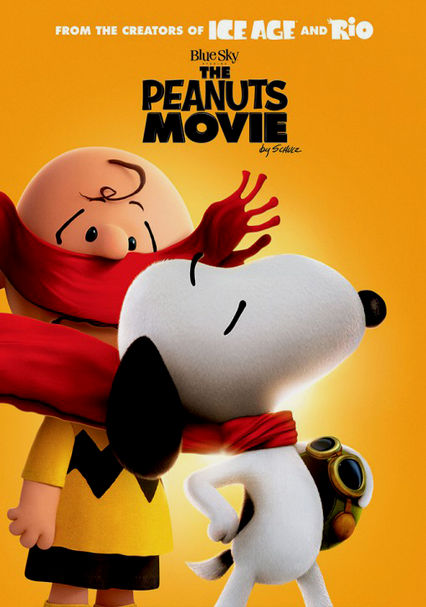 2015 G 1h 28m Blu-ray / DVD
With help from his sidekick Woodstock, the imaginative beagle Snoopy takes to the skies on a daring mission to defeat his sworn enemy The Red Baron, while his good-natured friend Charlie Brown tries to win the heart of the Little Red-Haired Girl.

Parents need to know that The Peanuts Movie is a sweetly nostalgic, mostly gentle take on the characters from the beloved comic strip/TV specials. Charlie Brown is still his same awkward, insecure self -- and Lucy is still rude and yells a lot -- but there's less of the insult language ("stupid," "blockhead") than in the classic specials, and there's no mistaking the movie's positive messages about being yourself, trying hard, and liking people for who they really are. Many characters have crushes on others (Charlie Brown blushes around the Little Red-Haired Girl, Sally calls Linus her "sweet babboo," Lucy flings herself at Schroeder, etc.), and you can expect aerial dogfights and peril in Snoopy's World War I flying ace fantasy sequences (which may feel even more intense in 3D), but it's nothing that most older preschoolers/younger grade schoolers won't be able to handle. Charlie Brown shakes his bottom briefly during a dance scene, and his clothes fall off as the result of one of his many comic pratfalls, but overall the movie has a slightly softer edge (and more upbeat tone) than some of the older specials.

Believe in yourself, and be true to who you are; it may not always feel like it, but people see and appreciate the real you. As long as you try your hardest, it doesn't matter whether you're the best at something. It's important to be liked for who you are. Be kind and compassionate. If you want to get to know someone, talk to them.

Nothing within the movie, but there are tons of tie-in products available (toys, clothes, books, and much more). Also lots of promotional deals with partners from Safeway to Target and more.

The gang celebrates Snoopy's victory over the Red Baron with a round of root beers.