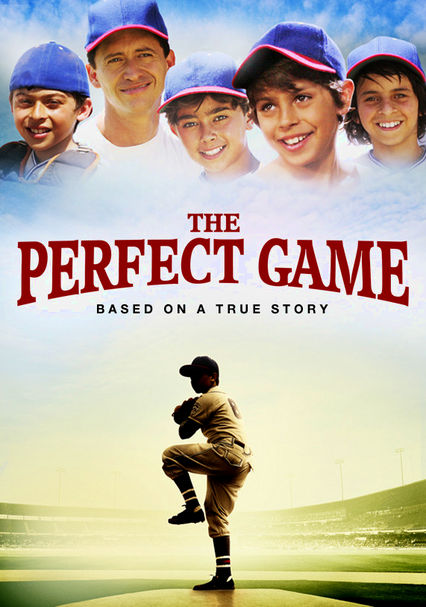 2009 PG 1h 57m Blu-ray / DVD
A seemingly impossible dream of playing baseball for the United States becomes a reality for a group of youngsters from an impoverished Mexican city in this poignant drama based on actual events.

Parents need to know that this inspiring sports drama about a Mexican Little League team that made it all the way to the World Series is a fine pick for most kids. There are a few themes that might be too difficult for kids under 7 to understand, like the discrimination the boys face when playing in Texas or the Midwest. Because it's set in the '50s, when Jim Crow laws were still the norm in the American South, the team has to deal with "whites only" signs, being called "wetbacks" and watching the sole black player of a team eat separately from his white teammates. One of the boys has a cruel, seemingly alcoholic father grieving the death of an older son, and the coach also gets drunk after being called a "towel boy." There are also a couple of scuffles between characters, although no actual punches are thrown. There's also a strong religious theme in the film, since the kids are strict Catholics. Also, kids learn about overcoming odds, working as a team, and relying on faith when confronted with obstacles.

Cesar flirts chastely with Maria. Mario jokes that he knows more about girls than the coach. Enrique eyes a girl at the market.

A couple of fist-fights nearly break out -- one among adult men and one among preteen boys. A boy's death -- during a stickball game -- is recounted and alluded to several times. A father is cruel to his wife and son, and while he doesn't literally hit them, he's menacing and mean on several occasions.

Racial insults like "towel boy," "old colored man," "wetbacks," and "those Mexicans," etc. Harsh language said by a father, like "Shut him up or I'll do it myself!" and "He'll never be the son Pedro was."

Kids learn that if they work hard and practice with discipline and determination, they can win -- even if the odds are stacked against them.

Mild: Just a couple of Coke bottles, a Ford, and a Chevy.

Both the coach and Angel's father are shown either drinking or drunk. While the coach does it just once, Angel's father is shown angry, holding a bottle or glass, in a few scenes. Angel's mother confronts her husband about his drinking to no avail.