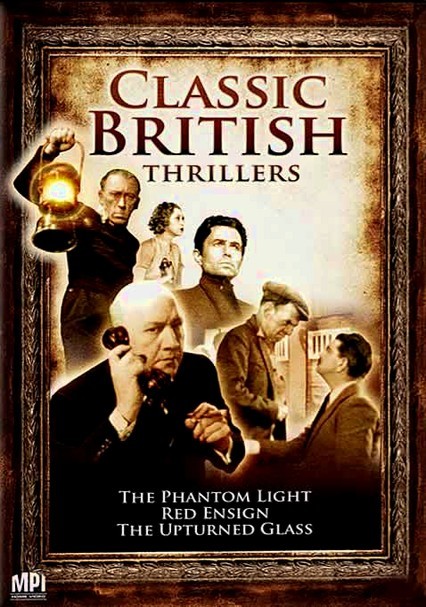 1934 NR 3h 30m DVD
This triple feature of British thrillers includes two early works from acclaimed director Michael Powell. The Phantom Light follows a pair of squabbling detectives as they probe a series of shipwrecks off the Welsh coast, while in Red Ensign, an iconoclastic shipbuilder courts an heiress as he seeks funding for his newest project. Director Lawrence Huntington's The Upturned Glass stars James Mason as a doctor investigating a murder.