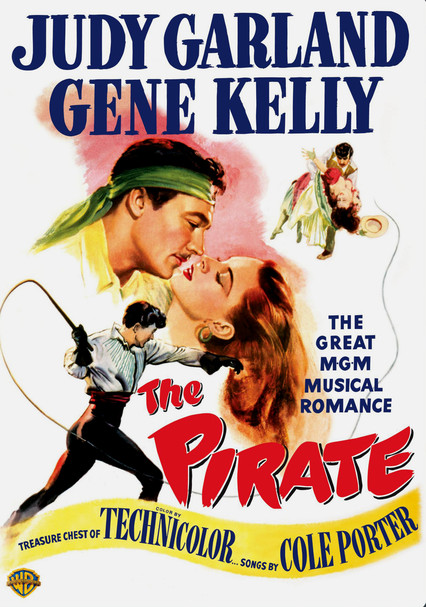 1948 NR 1h 41m DVD
Gene Kelly sings, dances and swashbuckles his way into Judy Garland's heart in this Oscar-nominated musical directed by Garland's then-husband, Vincente Minnelli. Set on a Caribbean island in the 19th century, the film features Kelly -- a traveling troubadour -- masquerading as pirate "Mack the Black" to woo the sheltered Garland. Highlights include the famous "Be a Clown" number and performances by the acrobatic dance team the Nicholas Brothers.

Parents need to know that there's not much to worry about here. Characters deceive each other. There are no role models, but there is, of course, a happy ending.