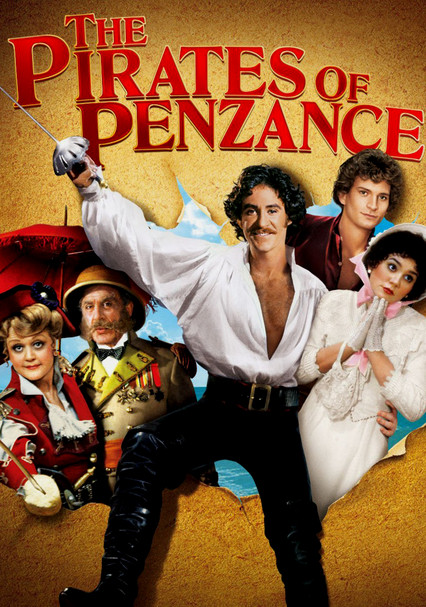 1983 G 1h 52m DVD
The Pirates of Penzance, Gilbert and Sullivan's classic musical comedy of mistaken identity, comes swashbuckling to the screen with all the laughs, songs and stars that made it a long-running Broadway smash! Kevin Kline reprises his Tony Award winning role along with Angela Lansbury, Linda Ronstadt, George Rose and Rex Smith in the story of a roguish pirate king and his adventurous young charge who explore the coastline in search of treasure and romance. Digitally remastered for optimum picture quality, it's a fresh, funny and colorful extravaganza that's the very model of a modern movie musical.