The Pirates of Tortuga: Under the Black Flag 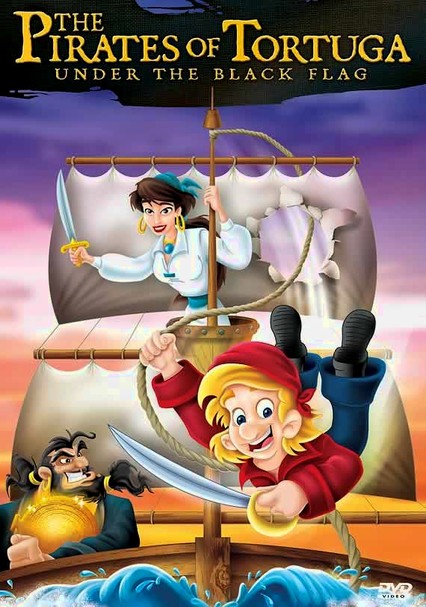 The Pirates of Tortuga: Under the Black Flag

2000 UR 1h 20m DVD
When a trio of youngsters discovers a mysterious Aztec bowl inside the city museum, they inadvertently activate a time-traveling device that ushers them aboard an 18th century pirate ship. Now, Alex, Max and Califax are charged with helping she-pirate Anne Bonnie defend her kingdom from the ruthless Capt. Blackbeard, who has plans to do away with his rival by exposing her galleon to the Spanish Armada.