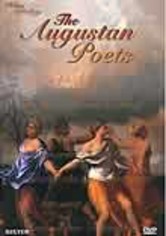 2000 NR 0h 50m DVD
Part of an anthology series studying the great English poets from the late 1600s through the Victorian age, this volume focuses on two noted writers of the 17th and 18th centuries: John Dryden and Alexander Pope. Widely considered the leading literary mind of the Restoration, Dryden was lauded as both England's poet laureate and its historiographer royal. Pope is known chiefly for his wit, as well as his most popular poem, "The Rape of the Lock."