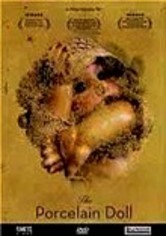 2005 NR 1h 15m DVD
Magical realism abounds in the three fables of Hungarian rural life that make up this film based on the short story collection &NFiStar Farm&NFi_; by Ervin Lazar. In the first segment, a teen trounces visiting soldiers in a series of athletic contests; in the second, a state official claims he can resurrect the dead; and in the third, an aging couple tricks the authorities who're trying to make them relocate in this allegorical film from Peter Gardos.