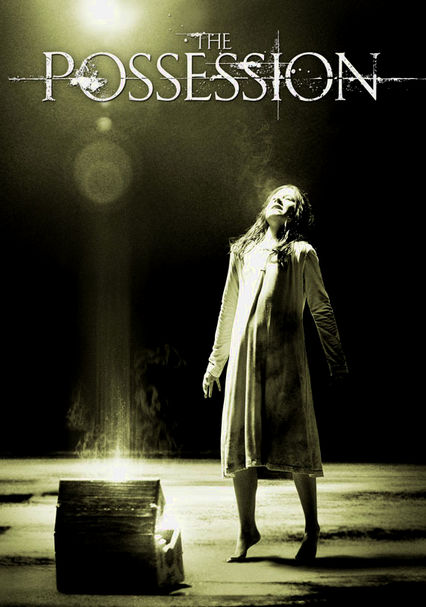 2012 PG-13 1h 32m Blu-ray / DVD
After purchasing a curious old box full of mysterious relics, a young girl unwittingly unleashes the evil spirit residing within. Can the antique's new owner and her parents break the grip the demonic force has on their family?

Parents need to know that The Possession is a demon-possession horror movie that's supposedly "based on a true story." There's plenty of scary stuff and creepy special effects -- screaming, eyes rolling back in heads, etc. -- though relatively little gore. Two minor characters are beaten up by invisible forces, but a lot of the more brutal stuff happens off screen. A few trickles of blood are seen coming from eyes and mouths. Language is very infrequent and includes one use of "s--t." Sex isn't an issue, but the movie deals extensively with a divorced couple, one of whom is in a new relationship. An adult character drinks a beer in one scene.

The wife has a new boyfriend, and there's some talk about it. She wears tight jeans during one sequence, and her extreme lower back (plus tattoo) is visible when she crouches down.

Lots of scary scenes and creepy special effects, but relatively little gore. Eyeballs roll back in people's heads, a pair of fingers appear at the back of a girl's throat, and a hand is stabbed by a fork. A few trickles of blood are seen (from eyes and mouths). Two minor characters are beaten up and killed by invisible forces, though much of the beating occurs off screen. There's lots of screaming and crying, especially during the climactic exorcism scene. In one sequence, the demon makes it look and sound as if the father has slapped his daughter, though he really hasn't.

Infrequent language includes one use of "s--t," plus "hell," "damn," and "Jesus" (as an exclamation).

Characters stand up against difficult odds, both practical and supernatural, to protect and save their loved ones.

The father drinks a beer with his pizza.