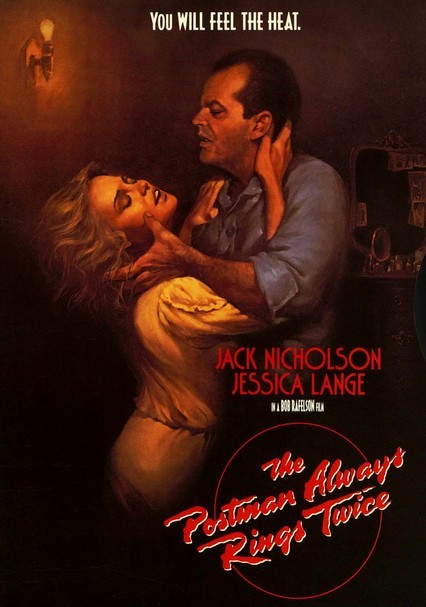 1981 R 2h 1m DVD
This remake of John Garfield's classic film noir goes where 1940s Hollywood feared to tread: into the realm of explicit sex. Jack Nicholson is a drifter who falls hard for Cora Papadakis (Jessica Lange), the wife of a café owner in Depression-era California. Their love sizzles, but things head south when murder enters the picture.